甲 JIA WOOD is the first of the ten heavenly stems of a Bazi chart. If you are fond of Bazi, you might already know how to identify it, but if not, there is an explanation.

You can find the Day Master element at the Day Stem.

Since there are 5 elements (金 metal，木 wood， 水 water，火 fire，土 earth) and their positive and negative polarity, it turns out the 10 heavenly stems.

The element of the Day Master (DM) can tell  us about the personality of the owner of the chart.  Although the DM is  important to  determine the  characteristics,    the  strength of  the  other seven  elements  in   the  chart    (stems and branches) plays a major part in importance. They too, are important to decide the DM’s strength.

Before we tackle the DM’s strength, let’s first take a look at the Jia wood Day Stem.

Jia  is  Yang  Wood  and  it  is  represented  by  a  tree  and  like  a  tree,  we  can  find  some characteristics that can imbue to a person’s personality, such as:

gives protection – a tall big tree often serves as a home to some animals and at the same time provides them food (fruits, leaves). With the large treetop others can find shadow as a protection from the strong sunlight.

straight and upright – trees need sunlight, water and earth to survive and they fight fiercely to get them, spreading their roots just to make sure they get the resources they need, to grow as much as possible, steadily but continuously. That is why Jia Wood DM are straight and upright but in the mean time, they are also stubborn, unwilling to change. Their straightness with words will certainly hurt people even if it is not their intention.

Although they are hard shelled, they are also soft hearted.

He is a Jia Wood Day Master sitting on Ding Fire which is his Hurting Officer (HO) and since this HO is favorable to him and is his output star, he is a capable man who can make things happen. But HO also represents one’s reputation so he should have a great reputation. Then why is he the “Champion that nobody cares about”? His HO is not at stem, instead it is sitting at branch, not revealed, meaning that he might not have great reputation yet still holds some fame as the world nº1 (HO at branches is only average strong) and looking at the stems of his chart, we can find a 7K star. Having it makes the owner a courageous and a go-get-it person who likes to fight as a big competitor. Andy Murray once said that Lendl doesn’t teach tennis, instead he teaches how to win. This 7K is favorable to him, but there comes the times that it can turn unfavorable specially at the presence of water element. In that moment, he can behave like an aggressive, whiny and dour person. He treated the media very bad and being impolite, he ended up not getting their support. But this is not true when talking about his wife who stands on his side (DW the spouse star sit at month stem next to DM), supporting his career (DW producing 7K). The HO at day branch, spouse palace, represents that she is important to his success. 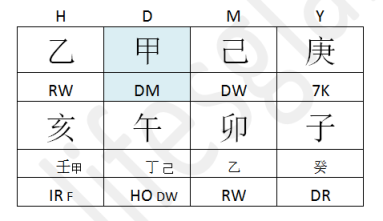 DW also represents his wealth. He was a hardworking player and his wealth cames from his hard work. His rivals and also his fans are always on his side, represented by the strong RW at hour stem which is strongly rooted at month branch. For him this is also a sign of spendrift habits (RW without output elements around will clash with the wealth star DW). On the other side, he has 3 peach blossom animal signs, the Horse, the Rabbit and his astrological animal sign, the Rat, being the Rabbit his own peach blossom star. This makes him an attractive person to the opposite sex. 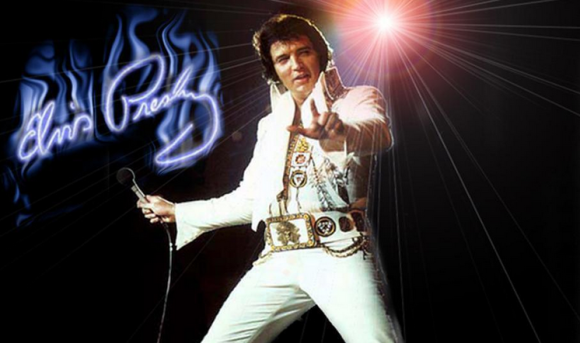 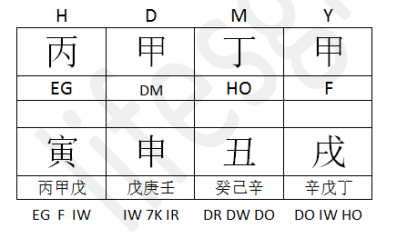 DM sitting on 7k  means that he likes to fight. Actually he attended karate classes and received his 8th Degree San Black Belt certificate from Master Rhee on September 16, 1974 in Memphis. His EG/HO at stem gave him the skills for performing as a singer and as an actor, but these elements are not favorable to him so even he got his fame and recognition, he also got into some controversies by wiggling his hips on stage while singing rockn’roll. His girls fans adored him. You can find it at his rooted F (friends/fans) star. With all his fans, he was a legend indeed!

EG/HO sitting at left and right, are also exhausting the DM causing him some health problems. In order to keep his fans, he started to lose weight by taking prescription drugs and consequently got addicted to it. His overuse of drugs became an abuse in a serious level.  He died of heart attack.

Now, the two wealth star DW/IW were also unfavorable meaning that he was easy with money. He supported various charities throughout his career and bought his parent a 4 millions house with swimming pool.

In order to find out a DM’s strengh, we need to compare two groups of elements: those which enhance and produce the DM and the others that exhaust and control the DM. Which one is stronger? They are stronger if they get roots or are produced and enhanced by others elements. This is an important step before trying to understand any chart and could need some training. After that we can identify the favorable and unfavorable elements in a chart and the owner’s self element strength.

View all posts by lifesglance